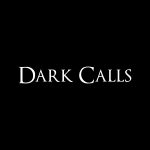 Hosted by David and James

Before Star Calls, there was Dark Calls.

Dark Calls was our original ‘Calls’ series, recorded all the way back in 2015, and we’re re-running the original episodes, week-by-week.

Listen as James attempts to play through Dark Souls for the first time, with only David for guidance… but there are rules: